185 on the motorway. Brief history of the UK speed limit

In 1895, vehicle requirements meant that a flag bearer had to stand in front to alert passers-by. However, this didn’t sit well with all motorists, which led to the first speeding ticket in 1896 after a man from Kent sped 4 times past the national limit of 2mph [Mirror]. The laws changed in 1903 when the maximum limit raised to 30mph.

On Thursday morning June 1964, British rally driver Jack Sears reached 185 mph on the M1 motorway. Tabloids at the time had a field day, citing this as dangerous driving. From 22nd December 1965, the UK government trialled a 70mph limit on all motorways. In 1967 this became an official law. But was Jack to blame?

Why do we have speed limits today?

Unless you’re cruising down Germany’s autobahn, chances are a speed limit is in place.  The reason for speed limits, much like speed cameras is the safety of all road users. It’s obvious but with a controlled speed means a reduction in accidents.  The UK speed limit on motorways is 70; 60 if it’s an HGV or a car pulling a trailer.

However, a YouGov survey found that 78% of men and women admitted to speeding [Channel4].  The results suggested that British motorists believe the limit should be raised to 80mph on all motorways. With a law going back 50 years and motorways becoming more crowded, is it time for a change?

Opinions are divided. The introduction of “smart motorways” could see the limit raised to 80 mph [Express]. The Association of British Drivers argued that faster journeys would produce fewer accidents from tired drivers [Countryfile]. On the other hand, upon speed limits raised in some U.S states, vehicle-related deaths had risen [IIHS]. 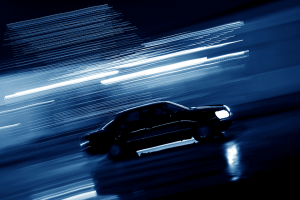 Hold on, was Jack to blame for the current speed limit?

In short, no. The government introduced the law following several crashes in the preceding months. [House of Commons]. It’s best to be wary on the roads. If this Christmas is anything to go by, more fog and snow should be on the way.

How can Direct365 provide for your road safety?

At Direct365 we provide services to numerous transport and logistics businesses all over the United Kingdom. You can trust our stocks to keep safe on the road this winter. We have everything from first aid kits to rock salt, breathalysers and even absorbents and spill kits. 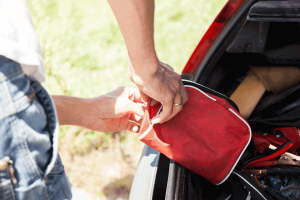 For all road safety needs, we’ve got you covered all year round.